We decided today was going to be a hike day. Yellowstone has a good amount of trails that one can walk, so we decided to see the Grand Canyon of Yellowstone to view the Upper and Lower falls.

Here is just before our hike:

We started our hike on the South Rim, and we were really excited to go down Uncle Tom’s Trail (UTT). UTT consists of a 400 stair walk to the lower canyon.

After a short hike, we arrived at our turn off for UTT. Bummer, path closed. We saw several people taking the path anyway, but we decided it was in our best interest to listen to the park rangers since we had the little ones with us. So we continued to Artist Point.

We took some great pics along the way and Owen slept the pretty much the whole time. 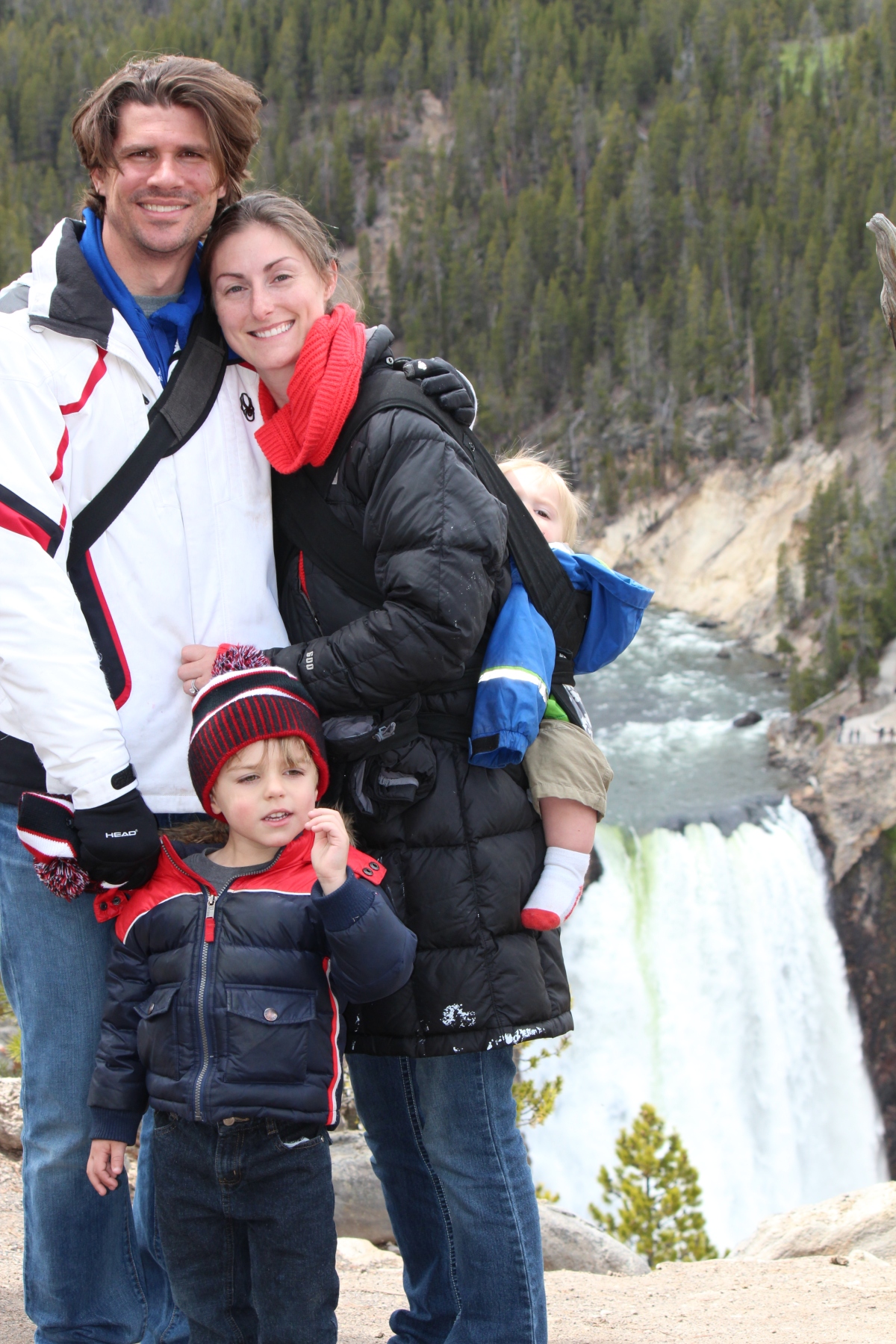 After exploring the South Rim, we jaunted over to the North Rim. Along the North Rim, you have the opportunity to hike to an overlook of the falls.

It was 3/4 mile, zig-zag, straight down 800 feet in elevation. Jeffrey and I overestimated our health and decided we didn’t need the stroller or baby carrier; we would just hold Owen. (Bwahhahahah) We were literally told by several different people:

The falls were super intimidating! The upper fall is an 80 ft drop and the lower fall is a 300+ ft drop!! When I got to the edge, I looked over and immediately my palms started to sweat.  I informed Jeff that Owen is not allowed to be within 4 ft of the fence.

Then this dude showed me that there were good sized holes in the corner of the fence right by the drop-off. So, now Dre wasn’t allowed to be within 4 ft.

After our butt-kicking climb back up, we rushed to get dinner. We ate at the first restaurant we could find. This was a 50’s style diner in the Canyon Village. It was decent, and then we headed to Mammoth.

Mammoth is this awesome place that has huge hot springs and steam vents. This was totally unexpected because I didn’t do any research on this part of the park.

We decided we really needed a dessert, so we stopped at the local restaurant in the Mammoth Village and had some margaritas and snacks.

Here is a bit of Dre up close and personal with a deer:

Then we decided to go back to the hotel – the boys were exhausted, and it was getting late. We tucked the boys in and were excited to see what the next day would bring us.