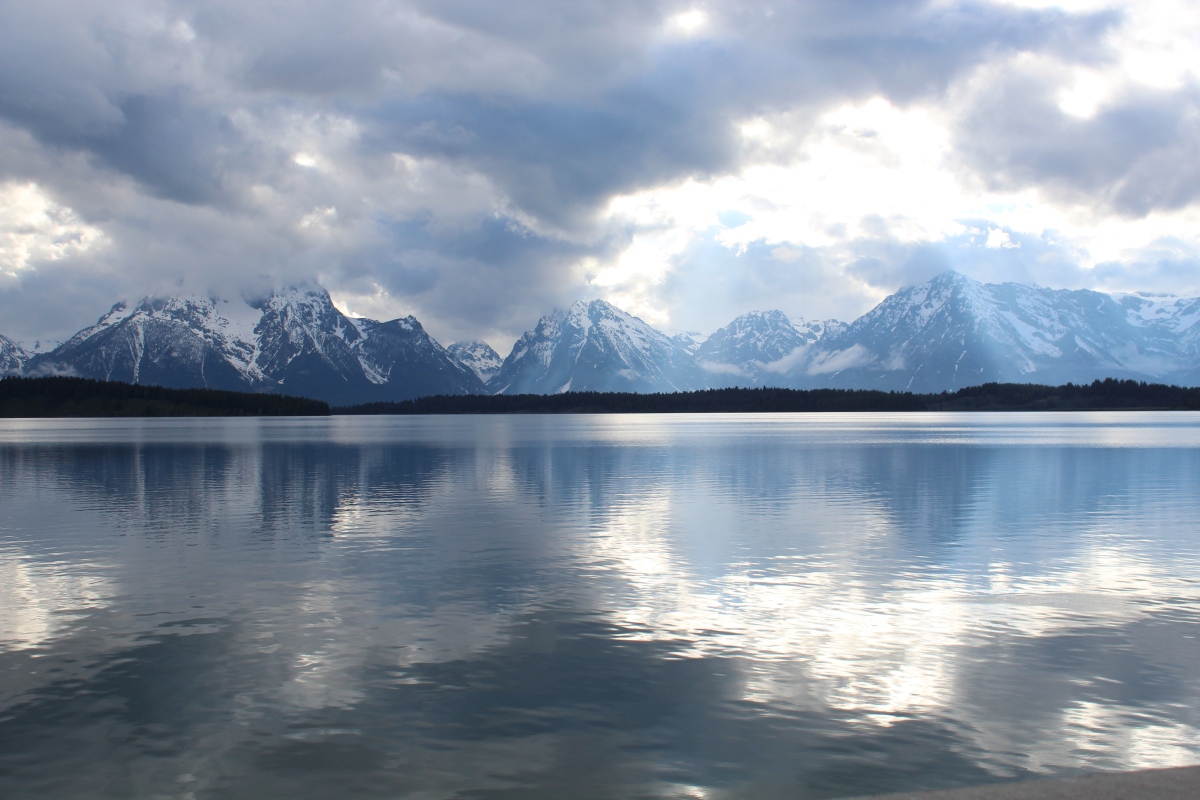 What to do, what to do on our last day. We looked out the window and about 3”  of snow was on the ground. We were sure happy we went hiking the day before. So in light of the snow, we decided to eat breakfast and build a snowman!

Dre, Mommy and Daddy were having a blast – Owen, not so much. The snow was the best texture I have ever experienced. It was Super sticky and you could roll the snow like in the movies.

I was excited to make a huge base and Jeff had to help push once it was too large. Then we made an appropriate sized middle body. It was so heavy that I couldn’t make a dent in moving it. Jeff was able to lift it with some effort and that is when Owen was totally over snowman time.

Jeff took Owen inside, and Dre and I finished up. We ended up in a snowball fight and made some snow angels.

After snowman time, we decided to hop in the car and just drive in a new direction. That direction was South. We thought we might go to Jackson, WY or something. On the way, we saw this little bear: 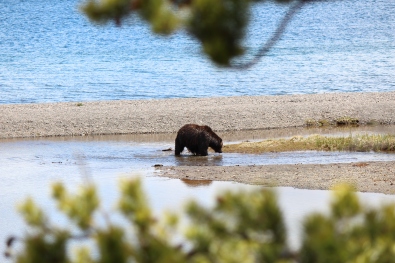 As we were exiting the park, the Ranger stopped us and informed us we were entering the Grand Teton National Park.

We were all super excited to go explore a new park for a day. This mountain range is just gorgeous. We did not expect to see this park and it was really special to hang out here for a day.

Andre smelled some wild sage, looked for animal tracks and analyzed some rocks before receiving yet another Junior Ranger Badge. It is such a great program that they have because the whole family has the opportunity to learn.

We ended the day at a restaurant in the park called The Peaks which overlooked the lake and peaks. Food was great, and then we headed back to the hotel. 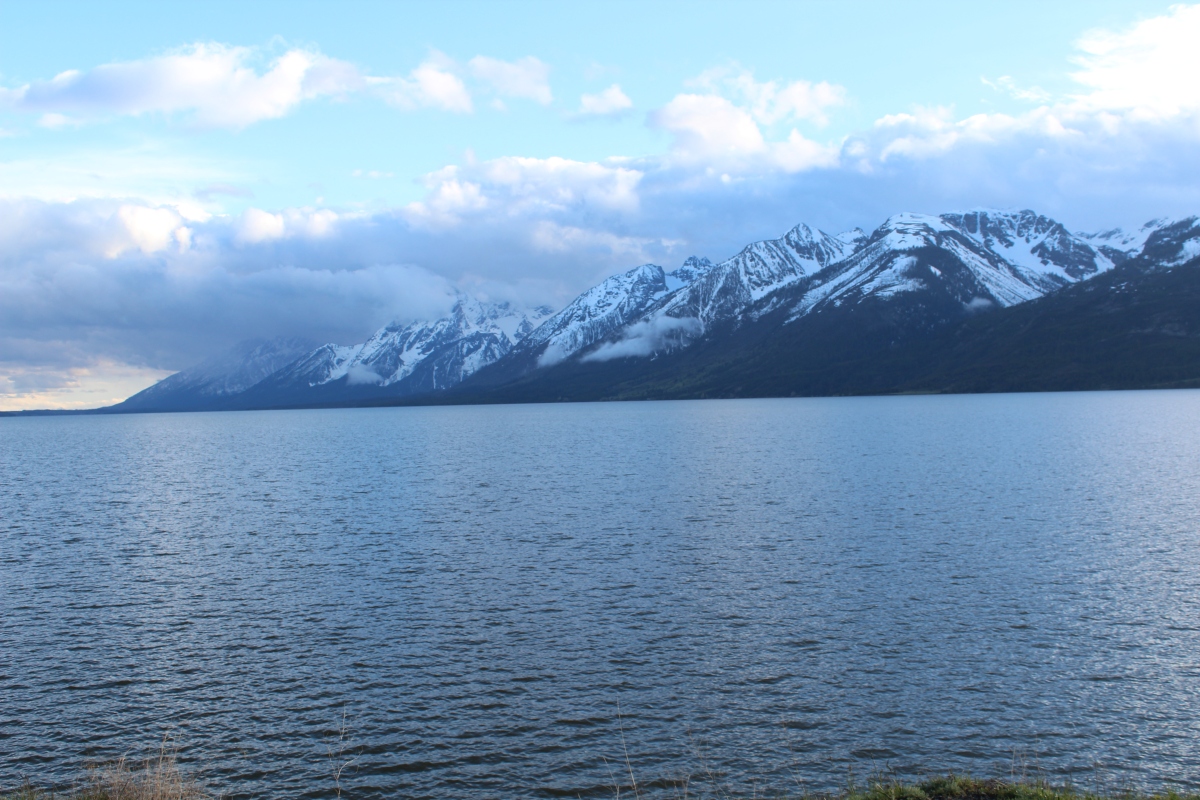 So this long day was a truly unexpected, wonderful surprise.